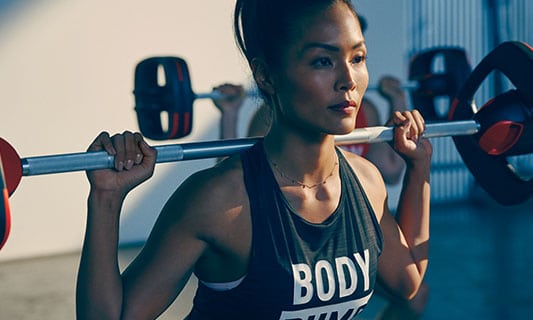 HAD A BREAK FROM TRAINING? YOU’LL BE AMAZED HOW QUICKLY YOU CAN REGAIN YOUR STRENGTH

WORRIED YOU’VE LOST MUSCLE POWER DURING LOCKDOWN? IN THIS LATEST RESEARCH ROUNDUP WE REVEAL HOW QUICKLY IT CAN COME BACK. WE ALSO COVER THE SKINNY ON COFFEE AND BODY FAT, HOW TO EASE MIGRAINE PAIN, AND A SURPRISING WAY TO BOOST WORK-FROM-HOME PRODUCTIVITY.

Delving into the molecular makeup of muscles, Swedish researchers have shown that even after a long break from exercise, muscles remember how to strengthen, and previously trained muscles can more speedily regain their power. These findings come from a somewhat bizarre study involving young men and women who had never formally exercised. For 10 weeks they completed increasingly strenuous leg presses and leg extensions – on just one leg! After 10 weeks of single-legged training, scientists biopsied the muscles to assess strength gains and then they then stopped training altogether for 20 weeks. After their 20 week hiatus, they returned to the lab and completed just one strenuous leg workout, this time using both legs. Scientists biopsied the muscles again and found that the previously trained leg was stronger – having retained about 50 percent of its initial strength gains over the 20-week break. The scientists concluded that trained muscle cells are metabolically more ready to strengthen and grow. Learn more about the science of muscle memory.

Women who drink two to three cups of coffee a day are likely to have lower total body fat than those who don’t. These insights come after U.S. researchers studied data from the National Health and Nutritional Examination Survey and found a link between the amount of coffee drunk each day and total body fat percentage and abdominal adiposity (which is the dangerous fat around your middle). Women aged 20-44 who drank two to three cups a day had the lowest level of adiposity – 3.4 percent less than those who didn’t drink coffee. Women aged 45-69 who drank four or more cups had 4.1 percent lower adiposity. In men, the relationship was also apparent, but much less significant. Researchers say there could be bioactive compounds in coffee that may regulate weight and have anti-obesity properties. Interestingly, these compounds can’t be pinned on caffeine – the findings were consistent whether it was caffeinated or decaffeinated coffee that was consumed. Learn more about the link between coffee consumption and body fat.

DOWNWARD DOG OR DOWNING PILLS? WHAT WILL HELP EASE MIGRAINE SUFFERING THE MOST?

Forget putting your head under a pillow in a dark room, research shows sun salutations and stretches can significantly help ease the pain of migraines. These findings come from an Indian study of 114 episodic migraines patients following conventional medical treatments prescribed by their doctor. Half of the study participants also introduced a three-month program of yoga, breathing exercises and relaxation techniques. They did three instructor-led 60-minute sessions a week for the first month and then five solo 60-minute sessions a week for the following two months. Taking the medication prescribed by doctors, all participants saw a reduction in migraine frequency and intensity. But the yoga group, which actually had a higher frequency of migraines at the beginning, suffered fewer and less intense headaches – and ended up taking fewer pills. Learn more about the effects of yoga as an add-on therapy for migraines.

Step away from saturated fat and boost at-home productivity

STEP AWAY FROM SATURATED FAT AND BOOST AT-HOME PRODUCTIVITY

If you’re working from home during COVID-19 and it’s already testing your ability to focus, then you don’t want to add certain fatty foods into the mix. A new study suggests that eating just one meal high in saturated fat can cause our concentration levels to falter. The study, published in the American Journal of Clinical Nutrition, tested the attention levels of 51 women after they ate either a meal high in saturated fat, or the same meal made with sunflower oil – which is high in unsaturated fat. While both meals were high in fat and potentially problematic – both totalled 930 calories and were designed to mimic various fast-food meals – it was only the saturated fat-heavy meal that caused a loss of cognitive focus. Lead author Annelise Madison says that loss of focus after just one meal was a real eye-opener. “Most prior work looking at the causative effect of the diet has looked over a period of time. And this was just one meal –  it’s pretty remarkable that we saw a difference.” Find out more about how just one fatty meal can sabotage our concentration. 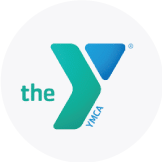